Since we create and sell CBD products for active humans, we refer back to the Endocannabinoid system a lot. CBD, the non-intoxicating cannabinoid presented in cannabis, works directly in the ECS to help relieve pain, control appetite, regulate sleep, mood and so much more. But before we can understand how this compound works in our body, we must first understand the ECS.

The Endocannabinoid System (ECS), explained simply, is an elegant communication system that maintains balance in our bodies. A series of cell receptors and agonists are what make up the ECS.  These cell receptors act like little locks on the on the surface of your cells and the keys to these locks are called agonists. Agonists bind to these cells to relay the message of which direction the cell needs to go, like an internal control tower.

We produce two main endocannabinoids, the first is named Anadamide, which has uplifting and euphoric effects. The world Anada is actually Sanskrit for “bliss." This molecule is responsible for the “runner’s high” that one feels after a tough endurance work out or long run. The other endocannabinoid that exists within this system is called 2-Ag, I couldn't find a cool or exciting meaning for this one, but I'm assuming it's equally important.

The ECS works hard to regulate our most important functions such as;

Disregulation of this system can result in unpleasant conditions such as fibromyalgia, irritable bowel syndrome and other inflammatory diseases.

It is actually possible to be deficient in endocannabinoids, meaning the body doesn’t produce enough on its own, or cannot regulate them properly. When this happens, we become more vulnerable to illnesses that effect the functions the ECS regulates. If your body doesn’t produce enough endocannabinoids on its own, you may want to take a look at your diet. Omega 3 fatty acids will help increase the production of endocannabinoids. In fact, research shows that there is a correlation between low omega 3 levels and mood levels due to poor endocannabinoid regulation. Consuming a healthy amount of omega 3’s, whether it’s fish, fish oil supplement, chia seeds or hemp hearts, including this into your diet could help keep your ECS in better balance.

Enzymes also have an important role in the ECS as they break down leftover any excess or cannabinoids in our system. Which is where the awesomeness of CBD comes in. While THC binds with cannabinoid receptors directly, CBD does not. CBD actually works its medicinal wonders on enzymes, the FAAH enzyme specifically. FAAH is responsible for pulling excess anandamide out of circulation. CBD puts a stop to this, actually increasing the amount of endocannabinoids in your system. So while psychoactive THC mimics anandamide, CBD stops enzyme FAAH from breaking it down, making more of it available for use by cells.

You probably don't remember hearing about this information in biology, and it's probably not something you would discuss with your doctor because these findings are so new. In fact, these discoveries began just a few decades ago, in 1964 when Israeli scientist Raphael Mechoulam was able to identify and isolate THC for the first time. And we've only known about the ECS since 1988, when Allyn Howlett and William Devane found the first cannabinoid receptor on the brain of a rat. As cannabis continues to become normalized, we can expect more studies to help us understand the complexities of the plant and how its properties can benefit our overall health and wellbeing.

Do you use cannabis to help cope with any imbalances in your ECS? Tell us about your experience with medicinal cannabis below.

Please note, comments must be approved before they are published

Let customers speak for us

I have shoulder tendinitis and instead of loading my body up with a bunch of NSAID’s I am able to compliment my self care/pain management with Mad Ritual!! It works so well and it really IS my ritual!! I trust the ingredients and highly recommend ⭐️⭐️⭐️⭐️⭐️

Helps so much with joint pain! I almost ran out.....yikes!

BEST option for pain relief! Nearly instant. Love these products, and the people behind them!

Hands down the best CBD Rubs & Bombs. We believe it in so much that we retail both products in our cafes! Keep up the great work. 🫶🏽

I have perpetually tight shoulders from stress, and was a bit skeptical about this working. Well, I rubbed some in right before a flight with a toddler that had multiple delays. Guess what? After landing, I did not have tight stressful shoulders. This stuff works, and I turned on other family members to this stuff, and they sing its praises for headaches and arthritic hands.

The scent alone is to die for, then add in that it’s a balm…swoon!!! Run and order!!!

I absolutely love every item I’ve purchased. This new scent is not different. Actually, I REALLY like this new scent. It’s a tie really between this one and the Orange. I recommend Max Ritual to everybody.

A
CBD Relief Rubs Alpine S. (Seattle, WA)
I carry this in my pack all the time!

I really got hooked on this Bergamot-orange-lime extra strength rub. It’s my go to on the sore spots on my hip, calves or knuckles. Being a trail runner, it’s not IF you fall, it When you fall 😂. This product helps soften the blows I take training . I love this ointment and continue to purchase it. I recommend it to my friends. I go through the tin very easily and happily. It’s a multifunctional rub for me, moisturizes and helps mitigate the pain of some of the trail run adventure mishaps 😂❤️🌲🏔🏔 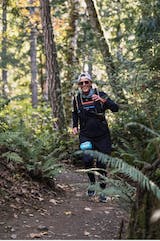 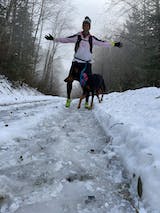